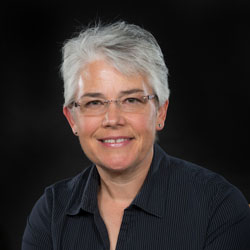 Cellist Karen Becker is an active soloist and avid chamber player having performed throughout the United States as well as in Europe, Mexico and Puerto Rico. This is Becker’s fourteenth year serving on the faculty of the Red Lodge Music Festival. She also serves as faculty artist for the Omaha Conservatory of Music Institute and the Ameropa Chamber Music Festival in Praque. At Ameropa she has performed in a series of concerts in various venues throughout the city such as the prestigious Suk Hall at the Rudolfinum, Martinu Hall at the Academy of Music, and the Hall of Mirrors at the Klementinum.  She has recorded for several PBS documentaries and with several bands, including Bright Eyes. She tours regularly as a soloist and chamber player and is a member of the Concordia String Trio with violinist Marcia Henry Liebenow and violist Leslie Perna as well as Trio Nuovo with her University of Nebraska colleague pianist Mark Clinton and Anton Miller, concertmaster of Lincoln’s Symphony Orchestra,. She is a former member of the Omega String Quartet, quartet-in-residence for Lutheran Music Program, and former principal cellist of both the Melkus Ensemble and the International String Orchestra.  She has appeared as soloist and principal cellist with the Texas Cello Choir at national conventions as well as on “Front Row Center,” a Texas Public Television program.

Becker is a past president of both the Nebraska and Missouri chapters of the American String Teachers Association (ASTA) and has served on national committees of the Association. She serves as a clinician and guest conductor for high school orchestras and cellists throughout the United States. In addition, she enjoys teaching in Suzuki workshops throughout the Midwest. Dr. Becker received her Doctor of Musical Arts and Master of Music degrees from the University of Texas at Austin and the Bachelor of Music degree from Ohio University. She has served as cello professor on the faculty of Truman State University and as String Project teacher at the University of Texas.  Currently, she is Professor of Cello at the University of Nebraska, Lincoln, principal cellist of Lincoln’s Symphony Orchestra and director of the Lincoln Junior Youth Orchestra.