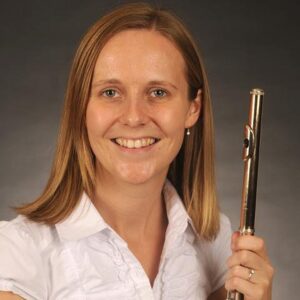 Jennifer has served as flutist with the National Academy Orchestra of Canada, Orchestre de la Francophonie Canadienne, and has performed with multiple professional symphony orchestras throughout the U.S. Canada, and the U.K. She has served on faculty at Morehead State University, KY, has taught at Lutheran Summer Music Festival and Academy at Luther College, IA, and on faculty with the KIIS consortium in Salzburg, Austria. She currently serves as Professor of Flute and Music Theory at University of Montana and as Principal Flutist with Missoula Symphony. Jennifer also serves as Executive Director for the Montana International Choral Festival.